The 104th district encompasses the towns of …

The 104th district encompasses the towns of Marlborough, Newburgh and Lloyd and the cities of Newburgh, Beacon and Poughkeepsie.

Jacobson is on the Democratic and the Working Families Party lines.

Jacobson was able to deliver special funding for the district, such as a pavilion for the Highland town field and rehabilitation funding for the TOMVAC community center in Marlboro.

Jacobson led an effort that stopped the NYS Thruway Authority from taking over the NYS Bridge Authority, calling this effort by the state the ‘Thruway Takeover’ because the end goal was to hike tolls on the Mid Hudson Bridges as a way to pay for the recently completed $3.98 billion Tappan Zee Bridge that links Westchester and Rockland counties.

Jacobson co-sponsored the Reproductive Health Act, aimed at codifying Roe v Wade, “so we have it in law now because one thing we’ve learned over the past two years is we can’t rely on Washington or the Supreme Court to protect us; we have to pass our own laws.” This was passed in conjunction with the Comprehensive Contraception Act and the Boss Bill. The later bill prohibits discrimination against a worker due to that workers reproductive choices.

Jacobson supported the Climate Leadership and Community Protection Act that is aimed at being carbon neutral by 2030 and 2040. He has also proposed that the Public Service Commission study the feasibility of burying transmission lines, both power and internet, to see if it could be done and at what cost.

Jacobson has not yet taken a position on the proposal to build a new Danskammer fracked gas power plant on the shore of the Hudson River in the Town of Newburgh. He expects the Public Service Commission will make a decision on the plant by next fall, “so we’ll go from there. I can guarantee that no matter how they rule it will be subject to litigation.”

Jacobson supports common sense gun safety including the Red Flag Bill, which starts a legal review process if someone is deemed to be a danger to themselves or to others.

“After another school shooting I didn’t want to be in a position where people come up to me and say why didn’t you do anything,” he said. “I believe in the second amendment but I also believe that not everybody should own a gun due to their mental state.” The bill also calls for a background check for up to 30 days, calling this “just common sense.”

Jacobson spoke out on a March 2020 directive that was issued by the Department of Health, making it illegal for nursing homes to deny admission of residents solely on the basis of a confirmed or suspected diagnosis of COVID-19. The state then modified the policy and no longer requires the admittance of COVID positive individuals if the facility is not medically equipped to handle them. In May the Governor issued an Executive Order requiring the testing of staff at nursing homes for COVID-19 and Jacobson pushed for monthly testing of nursing home residents.

Jacobson supported laws that prevent utility companies from shutting off services in the middle of this pandemic and supported measures to stop evictions.

Jacobson summed up his first term in office.

“I didn’t want to get elected just to get a title; I wanted to get elected to deal with problems and to get things done and I kept my word,” he said. “I said I’d be effective because of my background and experience when I got up there [Albany] and I have been and I look forward to doing more in the years ahead.”

Republican Andrew Gauzza has unsuccessfully run twice for a city council seat in Beacon but he is hoping to unseat incumbent Jonathan Jacobson. Gauzza, a Beacon resident for 18 years, earned a degree in Political Science from Manhattan College and is a Project Manager with Data In Science Technologies. He is on the Republican and Conservative lines.

Gauzza interned in Assemblyman Colin Schmitt’s [NY-99] office, saying he saw first-hand the “terrible legislation that was coming through, in my opinion, and I wanted to do something about it so I put my foot in the race to see if I could make a change.”

Gauzza called the recent Bail Reform a “disastrous policy.” He said many people who are arrested are being let out with just an appearance ticket and they go back out and commit the same crime again. He said individuals who have allegedly been arrested for serious crimes should be brought to jail to await trial.

Gauzza favors the legalization of marijuana and reducing the penalties for drug offenses, while looking at treatment options rather than incarceration.

Gauzza said he would push for more solar power and other green energy options, but favors nuclear power, calling it “very good for the environment and most scientists actually agree with that statement. It has one of the lowest carbon outputs in terms of power and it’s better than natural gas, oil and coal.” He emphasized that nuclear power, “is what we should be looking into, I think it’s the future and I strongly oppose the closing of the Indian Point nuclear power plant. That’s a mistake that’s going to make us less smart environmentally and I think it’s going to zap our power prices.” He said he has not done enough research to comment on the proposed fracked gas Danskammer power plant in the Town of Newburgh.

Gauzza said Albany should be fully funding school districts with aid and if a school is in a safe area, showing little signs of covid-19, they should fully reopen.

“It’s not good for children to keep them home and isolated for too long a period” he said.

Gauzza pledged to work with both sides of the political aisle, “so things get done. I’m not someone who is going to play partisan games, I don’t believe in that.”

Gauzza said he is pro-life and will work to protect human life, “but I do think that the abortion issue in this state has failed with the passage of the Reproductive Health Act. I don’t see it [bill] going anywhere, so I think that it’s really a non-issue at this point...I don’t see the Republicans retaking any branch of [state] government any time soon to the point where they could repeal it.” He opposes the mandate that allows an abortion up until the moment of birth and it is “reasonable” to outlaw abortions after the 2nd trimester.

Gauzza believes the Red Flag Law violates the Constitution and deprives individuals of a trail by jury by their peers. He would support this law if a jury rather than a judge, decides whether an individual may posses a gun. While he supports background checks, Gauzza is wary of having too much red tape in the way of someone being able to obtain a pistol permit, but says 30 days for the background check, “is as good as the other side is going to give.”

Gauzza said the nursing home crisis due to the pandemic is a failure of the NYS government. He said more than 8,000 deaths in nursing homes in the state could have been prevented and that this should be looked at, “to see where we went wrong.” He believes further lock-downs will not solve the overall problem but could cause serious psychological effects in the population.

“If we just wear a mask and practice social distancing I think our state will be fine,” he said.

Gauzza spoke of his wider philosophy.

“Everybody I know rejects hatred and racism and I will stand by that and let those be the values that I go to Albany with,” he said. 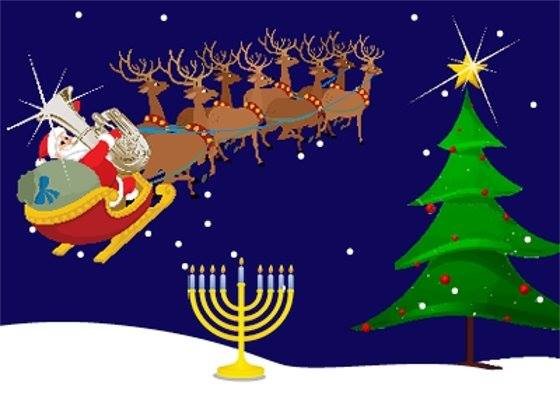