The scene at Azteca Grocery almost felt like an intimate family gathering. Ali T. Muhammad wasn’t worried about losing. Muhammad greeted supporters, friends, and family as together they waited …

The scene at Azteca Grocery almost felt like an intimate family gathering. Ali T. Muhammad wasn’t worried about losing. Muhammad greeted supporters, friends, and family as together they waited to see the results of the City of Newburgh Mayoral race.

When one walks six minutes down the street to Mayor Torrance Harvey’s headquarters at 159 Broadway, it it a different environment. But like the scene at Azteca, not one person is worried.

Both incumbent Mayor Torrance Harvey and Muhammad believe that they are best for a city that has long been disregarded and painted as the murder capital of New York State.

“We built a strong momentum,” said Muhammad. “People are going to feel like they have equity here.” Muhammad believes this election is a pivotal point in Newburgh history but believes there’s been limited coverage of the election and a lower turnout than there should be.

“You have 11,000 people registered,” said Muhammad. “2,000 people voting is not good. This means people are not engaged with the community.”.

Down the street celebrations already started for Harvey’s team.

In the race for at-large council seats, Anthony Grice and Omari Shakur were winners.

Former Town Supervisor George Meyers returns to office after more than a decade. Meyers, running on the Democrat and Republic lines, unseated incumbent George A Green by a wide margin. The unofficial results showed Meyers with nearly 72 percent of the vote, winning 2,749-1,066.

New Windsor Democrats gained one seat on the town board. Stephen A. Bedetti (also running on the Republican line) was the top vote getter, with2,717 votes. Deputy Supervisor Patricia . Mullarkey (R-C-I) narrowly retained her seat, over Sylvia M. Santiago (D-W-S) by a margin of 1,817-1,810, while incumbent Eric Lndstrom trailed the field with 881 votes.

In the race for Town Council, Incumbents Scott Manley (2,845) and James Presutti (2,773) were re-elected, turning back Democratic challenger Rich Steiger who garnered 2,020 votes. 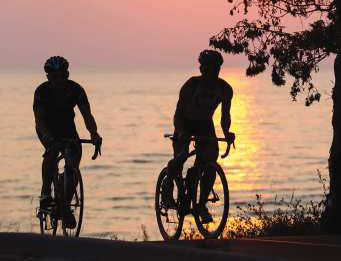