Last week the City of Beacon hosted a public forum on a proposal by Danskammer Energy to build a new $400 million natural gas-fired power plant to replace the 1950s era facility in the Town of Newburgh. The new plant, slated to be built adjacent to the old plant at the Hudson River, would produce 550 Mega Watts of power and would run 24/7 approximately 70% of the time, as opposed to the old plant that has a capacity of 537 MW and runs less than 5% of the year only to meet peak power demands in the heat of summer and the cold of winter.

Beacon City Council member Amber Grant said after the council held a public hearing on this matter they passed a resolution against the proposed power plant.

“The message is we can do better. We do not need yet another fossil fuel burning plant in the Hudson Valley,” she said.

Grant said the negative vote was due to, “a lack of demonstrable need for the plant, which does take into account the closure of Indian Point; the impact of increased ozone causing emissions and the impact of those emissions upon climate change and people’s health... we can’t afford to let things slide further.”

Attorney Hayley Carlock, Director of Environmental Advocacy for Scenic Hudson, said while the new plant will be more efficient, it would be running nearly all the time. She noted that Danskammer Energy stated in their official filings that, “the new plant could be up to 40% more efficient per mega-watt hour. Even if that is the case we’re looking at over a tenfold increase in most of their emissions because it will simply run that much more of the time, taking their own estimates of greater than 75% of the time. On an annual basis you’re going to be looking at a net increase in pollutants, that includes carbon dioxide and other greenhouse gasses that perpetuate climate change, something that is very, very disconcerting. It also includes things like nitrogen oxide, particulate matter, ozone precursors, all of these things that are real public health hazards, things that cause asthma and other respiratory illnesses.” She said communities to the east and north of the proposed plant across the Hudson River will be most affected by emissions because of the prevailing winds in their direction. She added that a nearly a 200 foot, highly visible smokestack will dominate the site.

“Do we really want that to be our legacy here in the Hudson Valley, the very last fossil fuel plant that’s ever built on the shores of the Hudson?” she asked. “That’s the last thing we should want here.”

Carlock said the push to build this plant is not because energy is needed in the valley but for financial gain, pointing out that the Federal Energy Regulatory Commission has provided financial incentives for companies to site power plants in the lower Hudson Valley.

Carlock said the owners are paid “capacity payments” by residents simply for being available to run and available to give electricity to the grid. Estimates place the payments between $20 million to $30 million annually.

“It’s a real winning proposition for them but not so much for us,” she said.

Carlock said there is an approval process for power plants that is done under the NYS Public Service Law Article 10. She called this ‘one-stop shopping’ for power plants, with all state and local permits and approvals reviewed through this process. She said there is an in-depth review of the economics of a plant, the energy system proposed and the impacts to public health and the environment and how consistent the proposal is with NYS Energy Policy. Carlock pointed out, however, that local laws can be overridden if they are determined by the Commission to be “unreasonably burdensome to the project applicant.” She said the project is presently in the pre-application phase and no decisions have yet been made by the NYS Siting Board.

Carlock said there will be opportunities for public comment on the project in writing or in person at future meetings as the application moves through the process.

Newburgh City Councilwoman Ramona Montaverde said this plant is being pushed in the valley by outside interests.

“We’ve got these Wall Street investors coming to tell us that we’re going to put this plant here, it’s going to be green, its going to be efficient and this is what you’re going to have in the Hudson Valley,” she said. “It will pollute our air for 50 to 60 years [and] this is our legacy we will leave to our children; I am opposed to that. In this day and age when we need to be concerned about climate change we can’t have this; no fossil fuel, no Danskammer.”

Jessica Azulay, of the Alliance for a Green Economy, said her Syracuse-based organization is working to move New York State to 100% renewable energy. She said the closing of the Indian Point Nuclear Plant in 2020-21 has caused some people to worry about the availability of energy but the New York Independent System Operators is tasked with ensuring there is enough energy supply and backup in the state.

“It’s very concerning to me that there is a company and people promoting a gas plant running around spreading misinformation that maybe the lights will go out, we need new gas generation when Indian Point closes when nothing can be further from the truth,” she said.

Sergei Krasikov, of the Green Beacon Coalition, said he was surprised by the amount of false information that Danskammer was putting out to the community, especially on their plant’s impact upon air and water pollution.

“When natural gas is burned, CO2 goes out in the air, much less than coal but still enough to affect us [with] mostly respiratory illness, skin conditions, heart issues but what’s more dangerous is nitrogen oxide that mixes with volatile chemicals and sunlight and forms ground level ozone and that is what we [Dutchess County] got a D rating for, which is really bad for anyone with respiratory disease, pregnant women, little kids and elderly people. Danskammer tried to spin it and say it is because of our good old days of burning coal and this is going to be different, but the D rating was based on 2014 -15 data by the American Lung Association when coal was not used since 2012.”

Krasikov said the cost of renewables is getting cheaper.

“Every year the price of solar went down almost four times between 2009 and now and similar for wind,” he said. “If you think about Danskammer you think about 20, 30, 40 years here. In 2030 solar will be way, way cheaper but then we have this monstrosity that nobody’s going to decommission once they build it; it’s just going to run.”

Manna Jo Greene, of the Clearwater Organization, believes there will be a very rapid shifting to renewables with better storage and efficiency, “as we saw with cell phones in the last decade. It’s an exponential change.” She pointed out that a recent report in National Geographic indicated that the spike in global methane, “can be directly fingerprinted to the chemicals that are released...This is the kind of evidence we have to be knowing about, sharing and bringing forward.”

Greene urged communities to step up and pass resolutions against the proposed Danskammer plant.

“This was passed in Beacon based on good information and a community was ready to say enough is enough, we have to draw the line and we have to stop doing what we’ve been doing and doing what will work for the future,” she said.

Nikki Chung, of Scenic Hudson, closed the evening by encouraging everyone to contact their elected officials.

“Really let them know why this is such a big concern and write comments to the Siting Board; the more comments we can turn out, the better that would be for us in the end,” she said. “This is proof right here that we are river cities that are actually interacting as one unit to counter a regional problem.”

The Times reached out to Danskammer for comment. Their response will be presented next week. 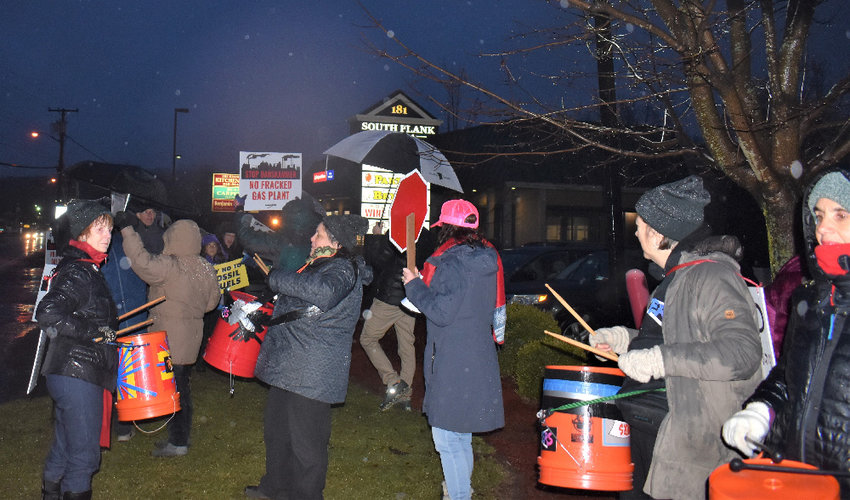 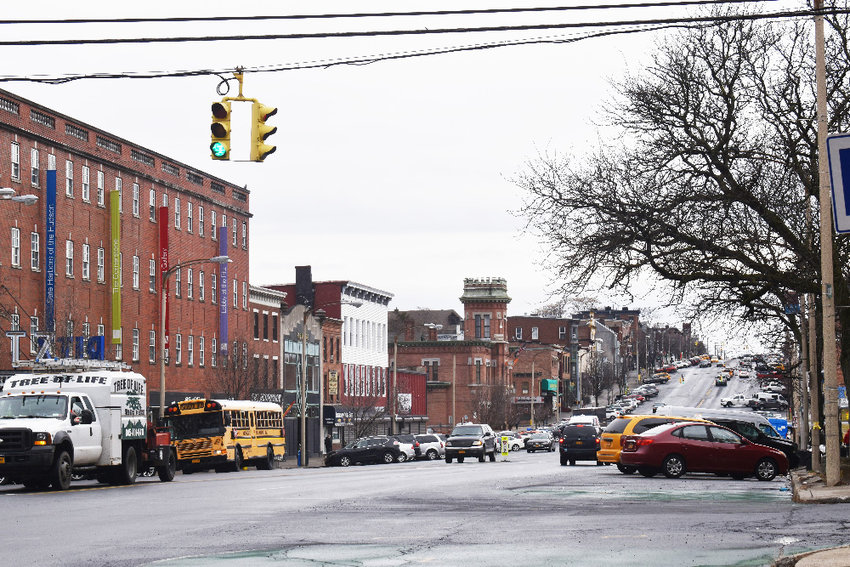