The Town of Newburgh held its annual Veterans Day Ceremony on Monday. During the ceremony, wreaths were set up in front of the town hall to honor veterans.

A brief introduction to the history of …

The Town of Newburgh held its annual Veterans Day Ceremony on Monday. During the ceremony, wreaths were set up in front of the town hall to honor veterans.

A brief introduction to the history of Veteran’s Day was given by Town Supervisor Gil Piaquadio. Veterans Day was initially known as “Armistice Day.” The day was to celebrate the signing of the Armistice with Germany that ended the hostilities of World War 1. In 1954, the day was officially renamed Veterans Day.

“Veterans Day celebrates the service of all U.S. military Veterans,” said Piaquadio. “Memorial Day is remembering the men and women who died while serving. Please make your best effort to thank a veteran not just today, but every day. Please encourage our elected officials to give veterans the many benefits they deserve.”

“You know, it’s my job as the commander of the post to get people involved,” said Mickel. “I need new people to get involved. American Legion has expanded its eligibility requirements. Anyone who was in the service from 1943 to whenever can join the American Legion.”

The ceremony was closed out by Jerrold P. Oser Sr., the Adjutant for Orange County’s American Legion. Oser Sr. spoke on the importance of recognizing the changing needs of veterans. Oser Sr. emphasized the need to support veterans of all identities.

“With the women that are getting out of the military,” said Oser Sr. “They have problems that a lot of us have never even ran into. As long as there’s a few of us that get out there and help them, that’s the most important. What I’m trying to pass onto all of you is whenever you see a veteran in need; it’s not just a few minutes of saying hello, I want to help you. It’s days, sometimes years of trying to get that veteran back on his feet.”

Celebrating the Class of 2020 The grounds of NFA Main were full of excitement and joy. Despite not having the regular in person graduation, graduates were excited to make their final walk across Academy Field. Due to novel …
Council looks at mandating police ID The Newburgh City Council voted to hold a public hearing on July 13 to hear the public’s comments on requiring police identification at last Monday’s special council meeting. The city …
Illegal fireworks still pose a problem for city Like any other municipality, the City of Newburgh struggles with firework usage during the summer. “The noise from fireworks is keeping people who are blessed to be employed during and …
Council approves amendment to CDBG program The Newburgh City Council approved an amendment to the Community Development Block Grant [CDBG] program last Monday during a special meeting. The citizen participation plan of the CDBG was …

On Saturday, June 27, at approximately 1:50 p.m., the City of Newburgh Police Department received a call for a stabbing incident. The caller stated that the victim was on the sidewalk near the …

Convenience Store owner ordered to pay $400,000 in fines and back wages 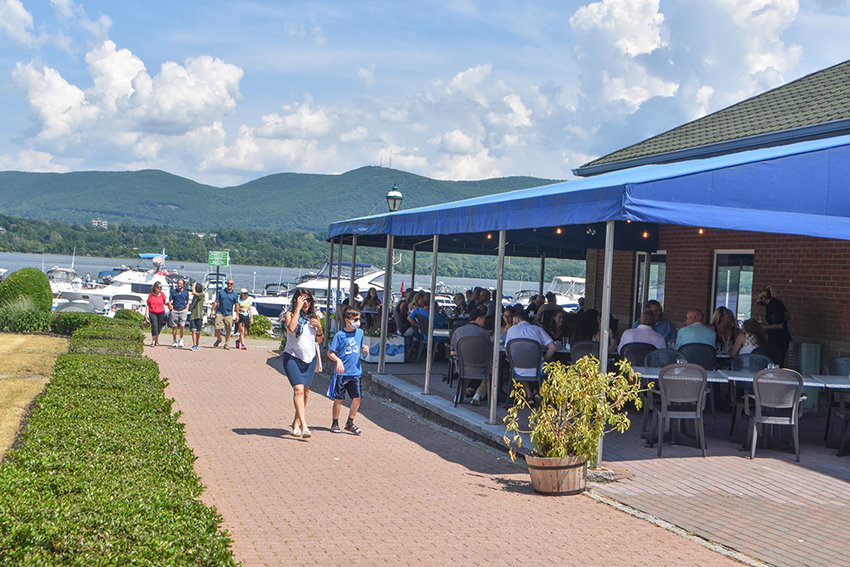 The Mid-Hudson Region officially reopened for phase 3 of the state’s reopening plan on Tuesday. Like other municipalities, the City of Newburgh has been cautiously preparing for phase …