Lloyd Police Chief James Janso gave his first monthly report to the Town Board after assuming the interim position on February 1.

Chief Janso highlighted the main activities of his department for …

Lloyd Police Chief James Janso gave his first monthly report to the Town Board after assuming the interim position on February 1.

On Jan. 7 the Lloyd Youth Recreation League had officers playing kickball and holding races with about 10 children of the community. On Jan. 14 the department held their monthly Cops and Coffee gathering at the Vigneto Cafe. On Jan. 15 the department held their annual meeting where members and dispatchers were re-certified in CPR and the use of the AED machine. On Jan. 18 all Supervisors attended a meeting at the Ulster County Sheriff’s Department with numerous agencies to discuss the new Discovery and Bail Reform laws.

Chief Janso said the new laws were rolled out on January 1.

“Good, bad or indifferent, it’s going to saddle us with a lot of work, but we’ve been on the forefront of implementing it,” he said. “We’ve had two in-service trainings with the Supervisors and all the staff at the District Attorney’s office.”

Janso also noted that the Sergeants attended a seminar on legal and law updates through the Dutchess County Sheriff’s Department. In addition, all Supervisors attended a multi-agency meeting/training session at the Ulster County Sheriff and the District Attorney’s Offices on these new laws. The Lloyd Police Department has purchased two new scanners that will be used to upload Discovery materials to meet the timely requirements of the new law.

“You’re mandated by law to get everything in there; it’s 14 days from arraignment and 24 hours to the court, so if they get arrested Friday night we had to come up with a system, time stamp it so they have it the next business morning...Everything is done immediately.” Janso noted that the Town Board may see that the number of arrests has gone down, “because we’re so mandated now with paperwork that they’re [officers] are in the station more now than on the road probably...This is kind of hampering us; it is what it is and we’re going to have to work with it and that is what we always do. I am confident that our guys are getting all the paperwork up to the DA’s office on time. We’ve had no issues and no problems with the courts and we’re working hand in hand with our court and the county court.”

Chief Janso said he has started a new in-house training program called the NYMIR Online University Work Place College, with members taking one online law-related required course per month, followed by a short test. Each course will run from 20 to 60 minutes and will cover a variety of topics, such as defensive driving, active shooter, workplace violence and harassment. Course completions will be kept on file. He said the entire department recently completed a NYS Discrimination and Harassment Training course.

Janso is also meeting with the Chief of the Highland Fire Company to do cross training for members of both departments so they can better assist each other at fire or crime scenes.

At the request of Supervisor Fred Pizzuto, Janso will be setting up mandatory training next month for town employees on workplace violence, sexual harassment and what to do during an active shooter situation.

Janso said his department recently signed the yearly 2020 contract with Ulster STOP DWI and is asking for $8,550 for patrols to combat drunk driving on Lloyd’s roadways. He also signed a free one year contract with CRASH LOGIC that allows the department’s accident reports to be uploaded to a computer and safely stored. The reports can then be accessed and purchased by the public online, with the town receiving a small fee for each report sought. He said this program has a mapping system that allows his department to accurately pinpoint areas where his department can step up enforcement to reduce accidents in high-incident areas. In 2019 Janso said there were 349 accidents, mostly in the areas of Route 9W and Haviland Road and on Route 299 and New Paltz Road. He was also able to ascertain that the peak accident times and days are on Tuesday, Wednesday and Friday from 7 a.m. to 10 a.m. and from 2:30 to 6 p.m. Janso is also planning to increase patrols of school bus routes where vehicles have been known to illegally pass buses.

Janso plans on continuing the Cops and Coffee program but is considering scheduling it at later hours and at different locations to give more residents the opportunity to attend. He is also keeping the Youth Recreation League for the community and will invite the Town Board members to have them see this successful program in person.

In late spring Janso expects to hold another session of their popular Civilian Police Academy that was started under the previous Police Chief. He said there has been a lot if interest in keeping this program going.

Janso will be holding quarterly “Town Hall” style meetings at the Bridgeview, Sunnybrook, and Vineyard Commons communities that will focus on crime prevention, narcotics awareness and issues surrounding public safety.

Besides doing foot patrols in the hamlet and at the schools, the library and banks, Janso will add the local churches and places of worship to his list in light of the recent acts of violence across the country.

Janso has reviewed two years of data on drug overdoses that have occurred at businesses in Lloyd. He plans to increase patrols that will target where drug activity is happening and periodically do ‘walk-throughs’ at these establishments.

Janso said there were two drug incidents at America’s Best Value Inn and two took place after drivers pulled into the parking lot of police headquarters. In addition, he noted other locations the department was called to in town; the 9W Speedway, the Haviland and Bridgeview Dunkin Donuts, the Bridgeview Mobil and Chapel Hill Sunoco gas stations, the Super 8 Motel and 9 incidents at residences and two vehicles on roadways. He said the program he proposes will let the business owners get to know his officers while the presence of a cop car may deter someone intent on using drugs from coming into the business.

Janso said his department is slated to receive a check for $456.62 from the URGENT drug/gang task force for distribution of forfeitures’ for the years 2017-2018.

Councilman Mazzetti said that in his five years in town government, “this is the most detailed report I’ve ever seen. This is the first time I’ve ever heard anyone talk about data and how they’re going to use data to be proactive. So this is like a breadth of fresh air to me.” Councilman Lenny Auchmoody echoed the sentiment, “Excellent job Chief, very impressive.” 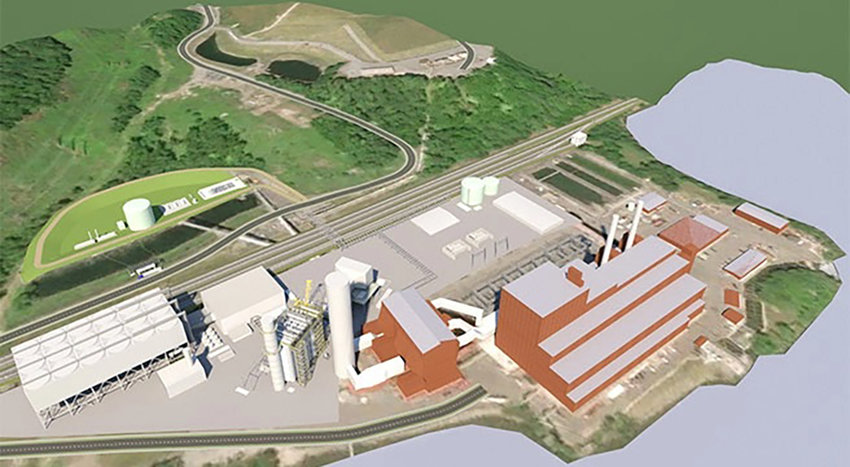 ‘Where does the energy come from?’

Michelle Hook, Danskammer Energy Director of Public Relations, said she would like to correct much of the information that has been put forth about their proposed new power plant in the Town of … 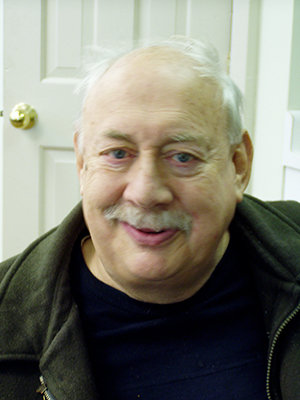 Remembering ‘Scoop’ On January 14th long-time newspaperman Craig McKinney passed away due to complications from a stroke. He was 79. McKinney (born Thomas Craig McKinney) was born in Hohokus, New Jersey on November … 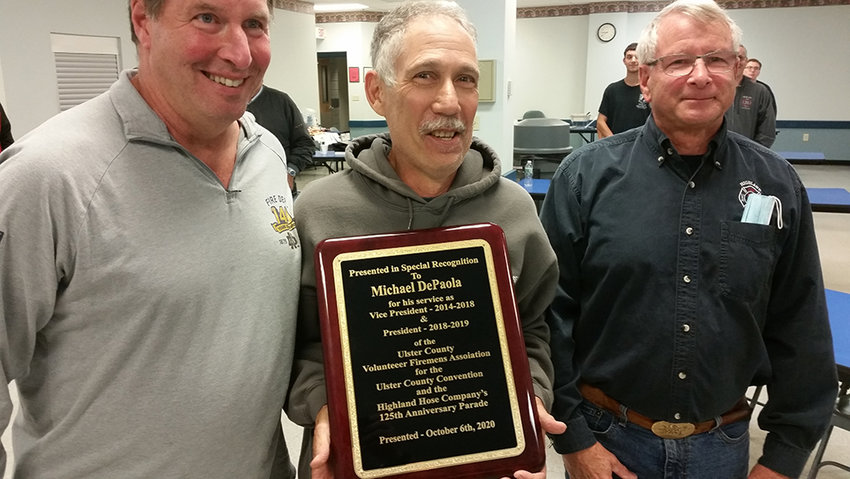 Highland Fire Company presents awards The Highland Hose Company knew they could not host a large gathering during the pandemic to honor their own as they have for many years, but instead scheduled a small gathering at the fire house last … 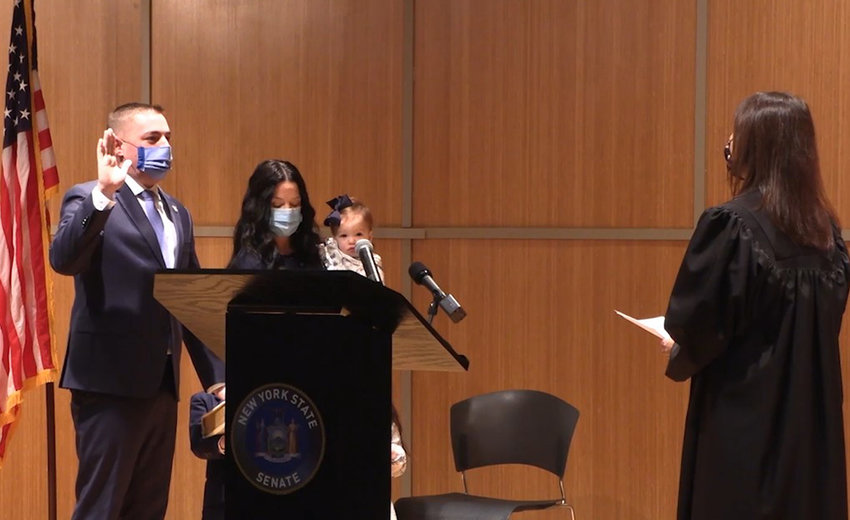 Martucci takes office in State Senate Senator Mike Martucci (R, C, I – New Hampton) Saturday was sworn into his first term in the State Senate during a combined in-person and virtual ceremony that occurred in the auditorium of the …
Gardiner reports first COVID death One day after Gardiner reported its first Covid-19 related death, the town board unanimously passed a resolution to protect its most vulnerable residents from potentially contracting the dangerous …
Local News 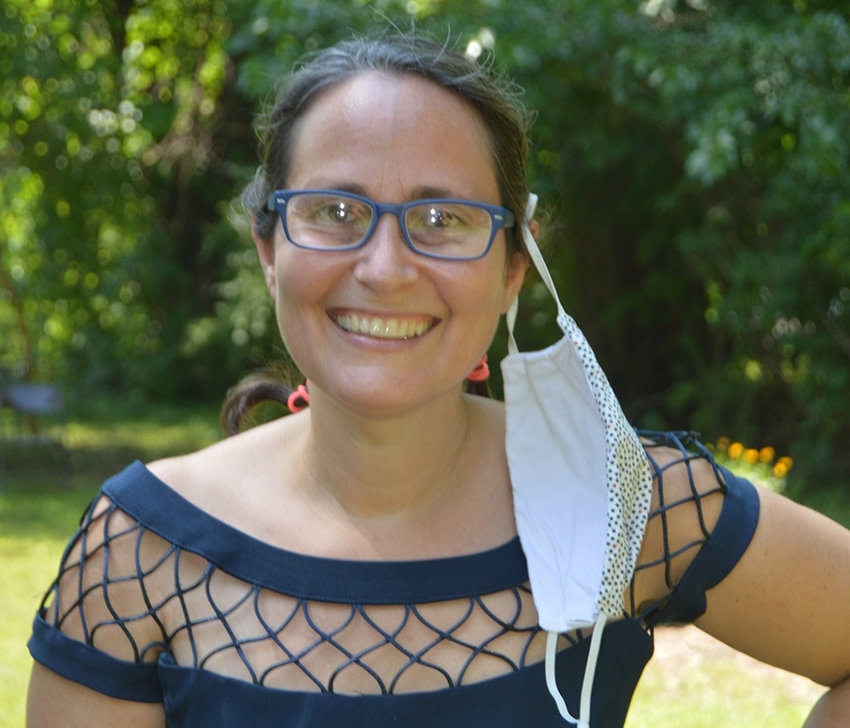 Ulster County Comptroller, March Gallagher, has announced her bid for re-election. According to her financial filing this week, she has raised over $14,000 this filing period to fund her campaign and … 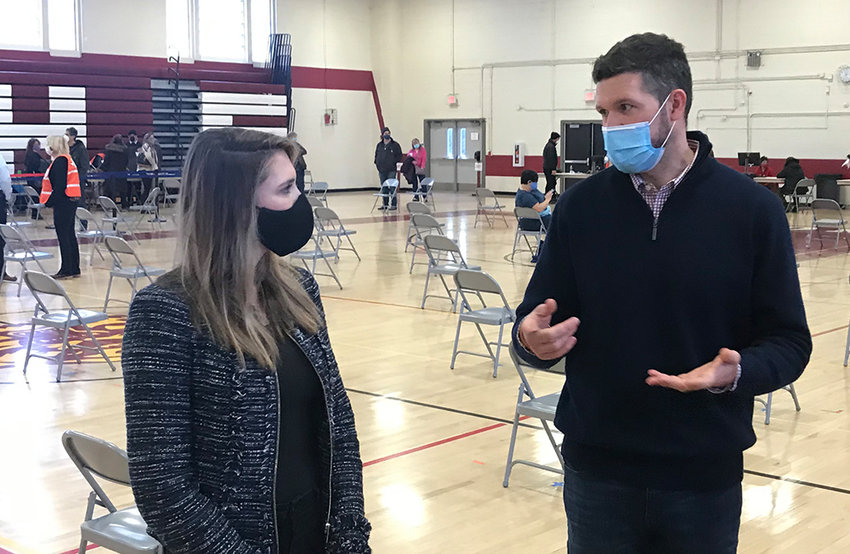 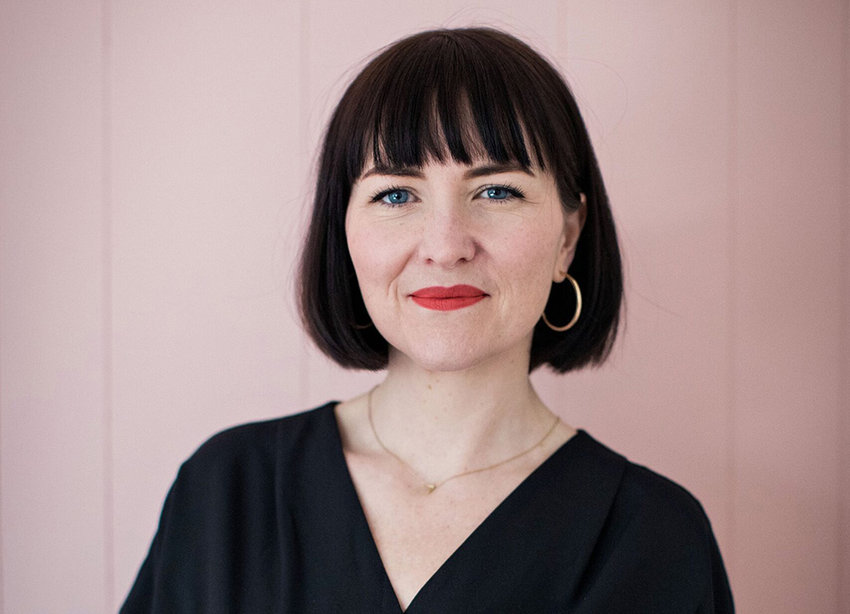 Anna Conlan is new director at Dorsky Museum of Art

The College is pleased to announce the appointment of Anna Conlan as Neil C. Trager Director of the Samuel Dorsky Museum of Art at SUNY New Paltz, effective Feb. 1,. Conlan succeeds Wayne Lempka, who …