The Wallkill Central School District plans to present a proposed 2019-2020 budget to voters in May that stays within the state-mandated tax cap and preserves student programs and staff, according to …

The Wallkill Central School District plans to present a proposed 2019-2020 budget to voters in May that stays within the state-mandated tax cap and preserves student programs and staff, according to a summary the administration presented to the Board of Education during its March 21 meeting at Ostrander Elementary. While the district is still waiting to receive its final state aid numbers when a budget is eventually passed in Albany, the working proposed budget figure is $76,578,974, which would represent a 1.97 percent increase over last year’s $75,098,079 spending plan.

The $42 million tax levy is an 2.68 percent increase over 2018-2019. The district has been within the tax cap each year of the cap’s existence, and as a result of staying within the cap, eligible district homeowners will receive rebates from the state. “We’re at the tax levy cap, which 2.68 percent and the current working budget is at 1.97 percent (year-to-year increase),” Wallkill Superintendent Kevin Castle said. “So we’re taking into consideration that there will be some additional monies towards Foundation Aid. So if that does end up being the case, either we’ll be where we’re currently at, or if it’s more than we’re projecting we may consider looking at adding additional math AIS services at the elementary school, a possible social worker, psychologist at the elementary school. But that’s all contingent upon receiving additional state aid. I’m hopeful, but it’s highly unlikely, that we’ll be receiving more than we’re thinking at this point.”

Assistant Superintendent Brian Devincenzi provided the board with a summary of where the proposed budget stands as of now, and noted that the district will obtain its state aid numbers when lawmakers reach a deal in the state capitol. “We hope at the end of the month to have an on-time budget,” Devincenzi told the board. Devincenzi added that the Teacher Retirement System (TRS) rate went down this year, saving the district money for this year’s proposed spending plan. “Brian and Kevin do a great job with the budget as always,” Board of Education President Joseph LoCicero said. “We determine our numbers and we guesstimate, and usually they come in pretty close. We have some reserve money that we have there in case of emergency, but I’m pretty confident about the numbers we have.”

New York Governor Andrew Cuomo has vowed not to sign a budget deal unless the tax cap is made permanent. Castle explained that he thinks the tax cap formula should be refined before it’s made a permanent fixture. “My feeling is that as it’s currently written, the tax cap formula has flaws in it,” he said. “I say this because if you have a tax levy, it can be higher or lower than two percent based on the outcome of the formula. But if it comes out to be negative, that tells me that there’s a flaw in that formula and it needs to be re-visited, so that if it does become permanent it doesn’t have any unintended consequences like it does now.”

During Thursday’s meeting, the board accepted a massive $1,032,373 donation from the estate of Patricia Ann Potter to establish the Elwood Arthur, Alice and Patricia Ann Potter Memorial Scholarship. The figure surpasses a previous scholarship donation of $800,000 from C.E. Penny as the largest the district has ever received. “It’s similar in nature where the scholarship amount is based on the interest made from the donation,” Castle said. “We can’t touch the principle amount, based on the donor’s requirements. So this donation is based on a similar nature. As far as I know, it’s the largest donation we’ve seen. So with that large amount, and if interest rates continue to rise, we’ll see a nice return on that investment, which will result in a large amount of scholarship money available to our kids.”

The district received word of the impending donation several months ago, but did not know the amount would be that sizeable. “We received the check and said ‘Holy smokes, this is great,’” Castle said. Per the donor’s request, a portion of the donation will also be utilized for supplies and materials for the Ostrander Library. “We have the C.E. Penny one, but this one is huge, so I have to give a special thanks out to the Potter family,” LoCicero said of the donation. “This is amazing. It’s going to really benefit some children who need it down the road.”

Last week’s meeting commenced with a presentation from high school teacher Shannon LaRocco, Director of Pupil Personnel Anthony White and High School Principal Joseph Salamone and students from the district’s School to Work program, which allows special education students to receive on-the-job training from local businesses. The students, who take cooking classes as part of the program, baked cookies and brownies for the board to enjoy during Thursday’s session. “It was great to hear from our students at the high school who participate in the School to Work program,” Castle said. “That’s an example of why it’s critical to have programs in-house, so that we’re able to provide the services like we are with this program, along with the ability to have the students collaborate with their peers. I’m very appreciative of what Mrs. LaRocco is doing with this program, along with Mr. White. Our athletes are also working with our kids in the School to Work program and there’s a real positive return we’re seeing on this.” 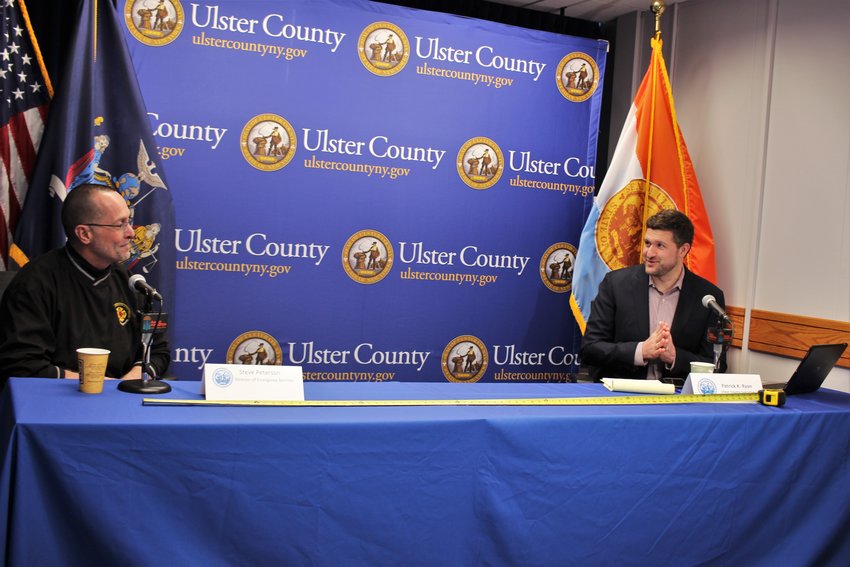 Times to receive journalism grant to aid in pandemic coverage

Wallkill Valley Publications Inc., parent company of Times Hudson Valley Media, has been named one of six newspaper companies in New York State to receive a $5,000 grant to help offset the cost of COVID-19 pandemic coverage. 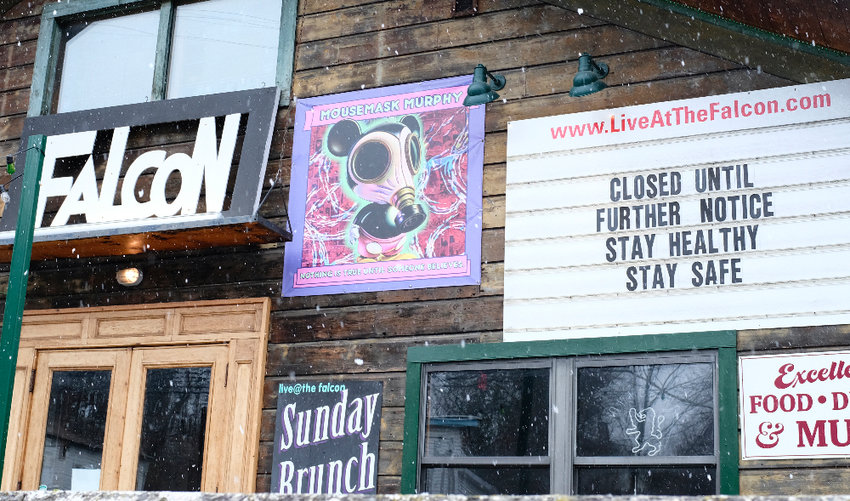 As the Coronavirus spreads across the country and around the world, its impact is being felt locally in the Highland and Marlborough communities. Carol Smith, who runs Frieda’s Bakery and … 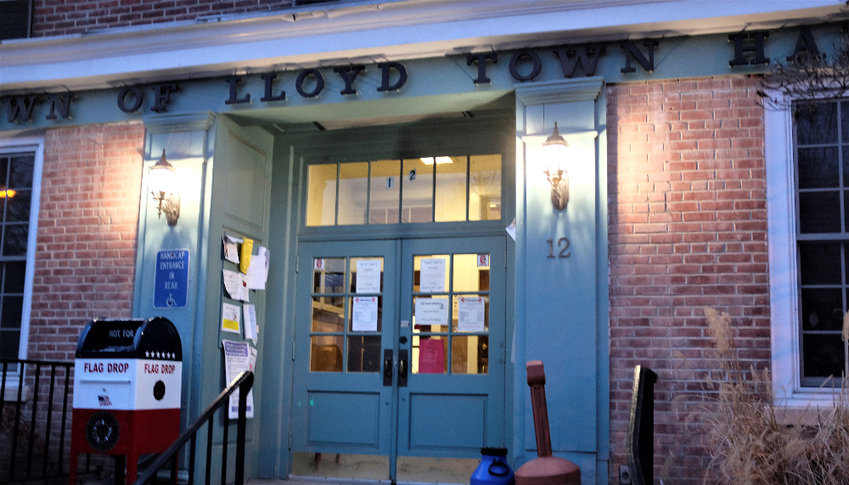 In trying times people look for steady leadership to guide them through uncertain times and this is especially needed at the local level. The Southern Ulster Times spoke with the Supervisors of …

On Wednesday, New York State opened a drive through novel coronavirus [COVID-19] testing center at the Anthony Wayne Recreation area, off the Palisades Parkway. This Bear Mountain testing site is one aspect of the state’s efforts to expand COVID-19 testing. 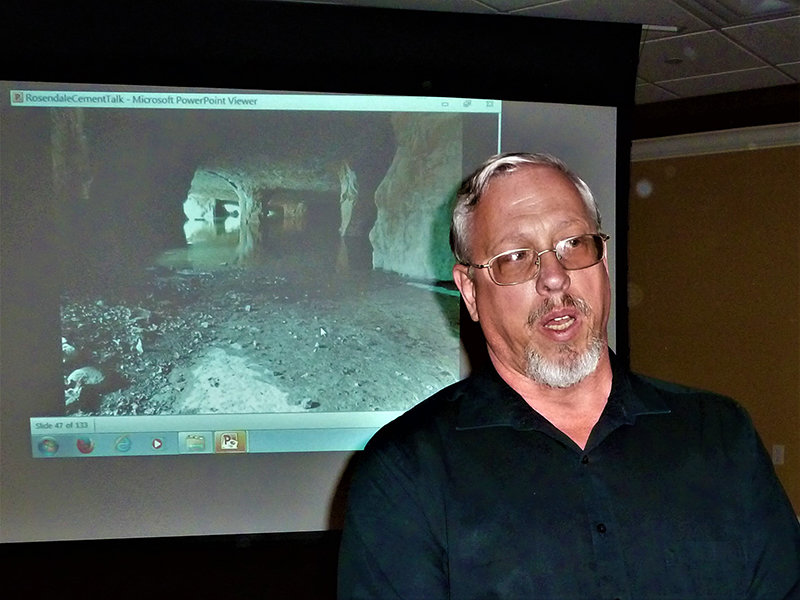 Most local history presentations cover about 300 years – maybe a little more or less. But at the March program of the Town of Lloyd Historical Preservation Society, Professor Steven Schimmrich … 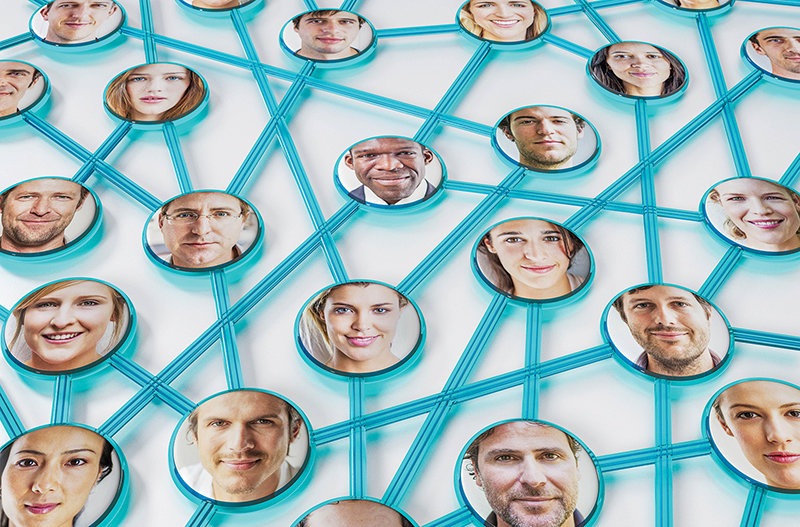 Help us help you get vital information to the community

There’s so much going on at once. We’re working hard to keep the community as up to date on the latest COVID-19 information as we can.We are fortunate to be able to offer information to a …