People of all ages packed Angry Orchard to see the Village of Walden Police Department’s award ceremony last Wednesday. The event honored Walden police officers and residents for their …

People of all ages packed Angry Orchard to see the Village of Walden Police Department’s award ceremony last Wednesday. The event honored Walden police officers and residents for their accomplishments from 2018.

Officers Adam Watt and Robert Reynolds kicked off the ceremony by receiving the meritorious service award, given for heroism involving risk of danger to an officer and ending in an arrest. On June 14, 2018 the officers responded to a call for a subject bitten by a dog. After arriving on the scene, Watt and Reynolds found the subject with a ripped shirt and scratches. While the officers helped the subject into his house, he was acting drunk and belligerent. The subject later threatened the officers with a kitchen knife and letting the dog after them. Watt and Reynolds went on to arrest the subject without anyone getting injured.

Officer John Conklin, Officer Peter Wolven and Director of the Walden Fire Department Felix Enchautegui took home the life saving award, given to an officer or civilian who saved someone’s life. On Feb. 18, 2018, Conklin and Wolven responded to a medical call for a man down in the snow. Upon arrival, the officers noticed that the subject was unresponsive and without a pulse. They recognized the subject as a known drug user and administered CPR and two doses of Narcan. He was transported to the hospital and survived. Felix Enchautegui was also given the award for his assistance.

Robert Montanaro, Anthony Galeno and firefighter and school teacher George Hoeffner also helped save a life. On April 17, 2018, Officer Montanaro, Officer Christopher Heimink and Officer Galeno responded to a medical call for an unconscious male who was turning blue. Upon arrival, the officers found the subject not breathing and with drug paraphernalia nearby. CPR was started and the officers administered four doses of Narcan before the subject began to breathe on his own and regain consciousness. George Hoeffner also assisted with the CPR. Their actions led to the subject’s life being saved. They were each given the life saving award.

Officer David Kurtz and Officer Heather Fries were also commended for their life saving actions. On June 1, 2018 they responded to a medical call for an elderly male who was choking. Upon arrival, the officers learned that the man had choked on food and was unconscious. The officers began chest compressions that dislodged the food and the subject began breathing on his own.

One of the main duties for a police officer is arresting people in possession of narcotics. Officer Roy Werner and Officer Robert Reynolds earned the narcotics citation award for their participation in four instances. All of the investigations included an undercover officer purchasing controlled substances and the subject subsequently being arrested. All of these investigations were led by Officer Werner and Officer Reynolds.

Craig Dudas won the honorable service award. Last year, he was one of the initiating officers in charge of the multi-jurisdiction National Night Out program, an annual community building campaign that promotes police-community partnerships and neighborhood camaraderie. This included four police agencies and the school district.

To ensure residents’ safety last year, the Walden Police Department needed a little help from civilians. On May 15, 2018, the village of Walden and surrounding communities experienced a severe weather event that caused high winds that took down trees and power lines. First responders were taxed, attempting to clear all of the debris from the roads. With first responders busy, Damon Evans and Cesar Bobadilla stood in the roadway on South Montgomery Street warning oncoming cars of the hazards ahead. The pair helped detour motorists for over four hours.

Dudas captured another award for his heroics last year. The officer was given the Mayor’s Award for his dedication and commitment to the Village of Walden residents.

The Manager’s Award was given to Dispatcher George Brown for going above and beyond in the community and the department.

Throughout the evening, the audience and the police department expressed their gratitude to those awarded. Those individuals honored help to keep the Village of Walden safe.

“To come this evening and honor them is an honor,” Rumbold said. 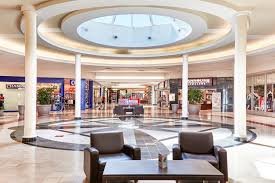 Dr. Kristine Young, president of SUNY Orange, has announced that the College awarded a total of 475 associate’s degrees and academic certificates to 463 students who completed their …

A fond farewell to the Mitchell Performing Art Center

Imagine, a young girl, at the precious age of six, heading off to her first dance lessons in Brooklyn – pursuing what she loves to do, immersing herself in ballet, tap, jazz, and more. She …