Several Montgomery residents expressed their frustration with Project Sailfish at the Town of Montgomery Planning Board meeting Monday evening.

To the dismay of many residents, Project Sailfish …

Several Montgomery residents expressed their frustration with Project Sailfish at the Town of Montgomery Planning Board meeting Monday evening.

To the dismay of many residents, Project Sailfish was approved at the planning board meeting on Nov. 25. It is an Amazon warehouse that will measure approximately one million square feet. The facility will be a non-sortable fulfillment center, housing items that cannot be sorted due to size. These items cannot be placed onto a conveyor belt for automatic sorting.

The project, which is currently under construction, will be placed near Interstate-84 and the intersections of NYS Route 17K and 747 in the Town of Montgomery. Project Sailfish will bring more than 1,000 car parking spaces and 225 truck trailer spaces. The estimated cost to build the warehouse is $85 million.

According to the State Environmental Quality Review Act findings statement, the warehouse is expected to be fully operational in the first half of 2021. The statement also revealed that the project would employ up to 1,100 full-time employees, typically in multiple shifts. Seasonal increase in employment is expected in the fourth quarter annually. The project would also create a number of short-term construction jobs using a significant amount of local labor. The town’s Industrial Development Agency has a local labor requirement that requires a minimum of 85 percent local labor.

But despite these benefits to the local economy, residents complained during the approval process about the traffic and dust that would be created by the construction of the project. Their predictions turned out to be correct.

Barbara Lerner, the principal of Lerner Pavlick Realty Company, which owns property next to the development, has faced many problems due to the construction of Project Sailfish. This includes entering and exiting her property due to traffic and not being able to turn left to get to Interstate-84. Construction workers have also used the parking lot on her property for staging. The dust from both construction and traffic have created a tremendous cloud of dust, which presents health issues. Lerner noted during Monday’s meeting that she repeatedly told the planning board about these issues in 2018 and 2019 before the project’s approval.

“And when you pretty much told me that I was wrong, that this would never happen. Well you could not have been more wrong it is a huge problem,” she said.

Don Berger drove by the Amazon site on Monday and saw a cloud of dust that he estimated was at least 20 feet high. He added that traffic by the site has been astronomical, highlighted by three tandem dump trucks traveling on Goodwill Road.

“We [residents] warned you of all these things and you kept promising us that things would be put in place,” he said. “Well things aren’t in place...The traffic is a mess. Particularly the truck traffic.”

He expressed the need for a monitor to look after the site.

“The residents are being dumped on...,” he said. “It [the Amazon site] needs to be taken care of.” 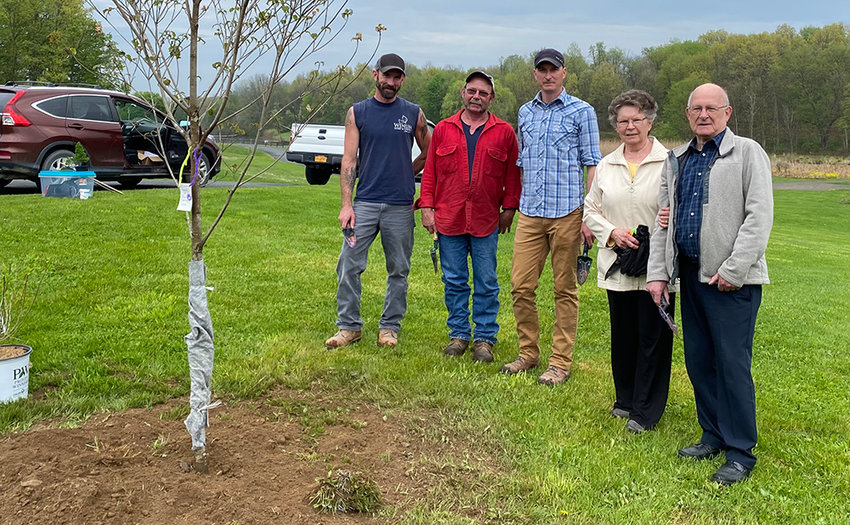 On April 29, former Walden Mayor Becky Pearson facilitated Arbor Day again this year with the guidance of the Village of Walden to memorialize Officer Dominic Winum. A tree was dedicated to the slain …

Propane worries At the Town of Montgomery Planning Board meeting on April 26, many residents expressed their disapproval of Mirabito Holdings, Inc.’s application. In addition, 252 residents signed a petition … 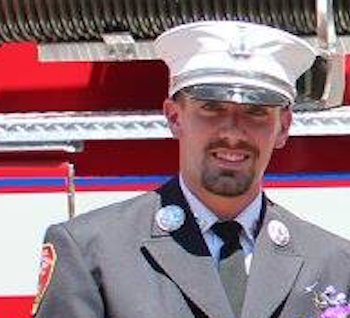 Wallkill Fire Chief resigns Last Wednesday, the Board of Fire Commissioners of the Wallkill Fire District held a special meeting where they accepted the resignation of Fire Chief Nick Walker. He served as chief for three years. … 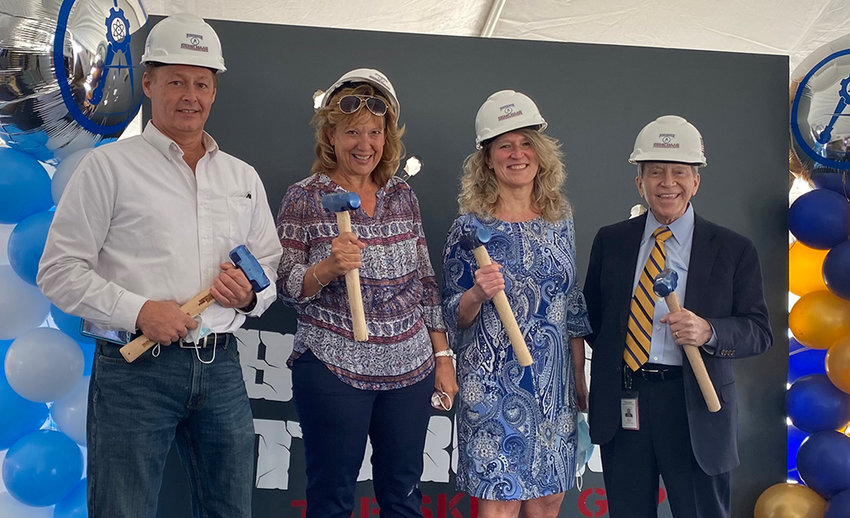 Full STEAM ahead! Pine Bush High School is the first high school in the country to receive a Gene Haas Foundation grant for manufacturing education. The district received $250,000, which it will use to double the …
Gardiner PB addresses noise complaints Noise secreting from the Kimlin Propane Co. may soon be a problem of the past. At its April 27 meeting, the Town of Gardiner Planning Board authorized the owners to erect a noise-absorption fence …
Local News 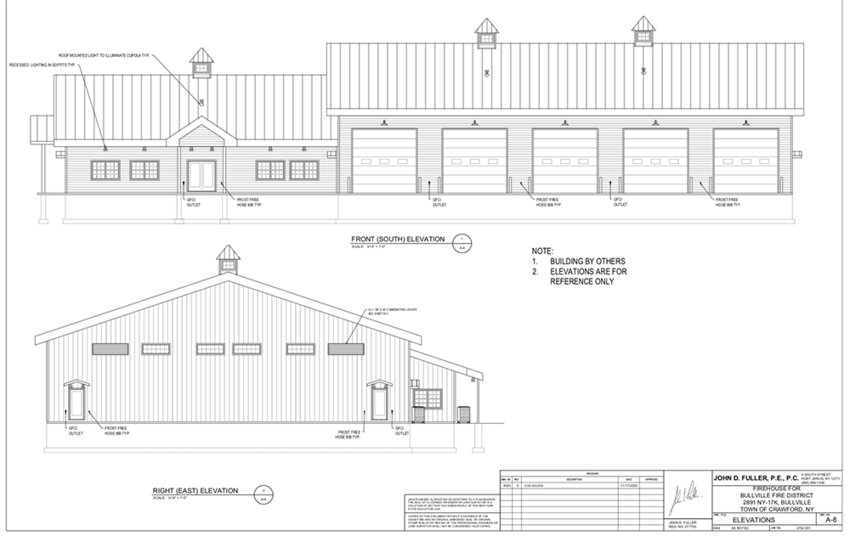 At the Crawford Town Board meeting on April 15, Joe Moore, chairman of the building committee for the Bullville Fire Company, proposed a new firehouse. The budget for the new firehouse would be … 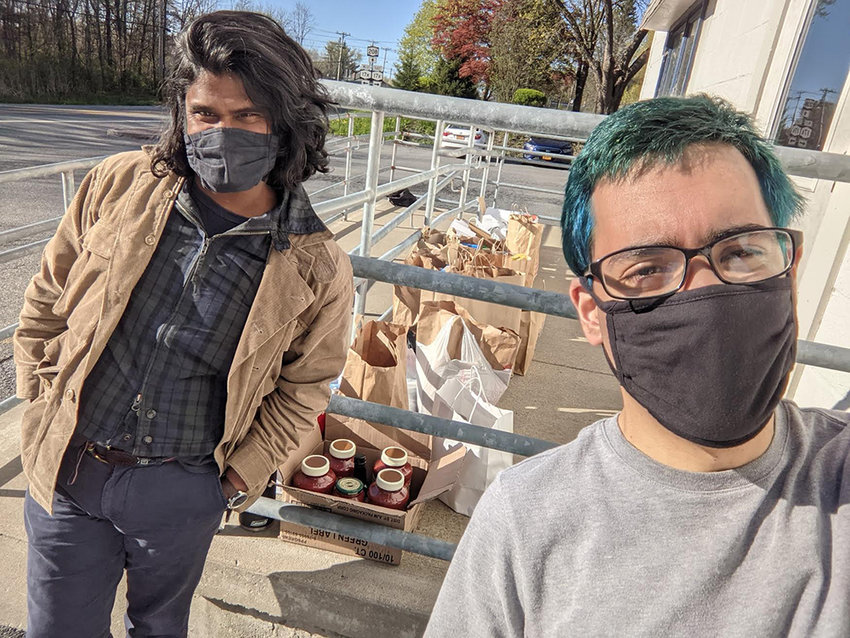 TOM Dems distribute $1,000 worth of food

On April 26, months of hard work put in by the Town of Montgomery Democratic Committee paid off as they distributed more than $1,000 worth of food to people at the town’s food …