Stepping out of a van full of graphic design Pratt Institute students, Melanie Collins, Founder of Blacc Vanilla Community Foundation is brought to tears looking at the United Methodist Church on …

The sanctuary to the church will be the home of community events, weddings, art exhibits and flea markets.

The Church was one of many destinations Collins took the students on while doing research of the City of Newburgh for the Design Corps class.

She smiles brightly explaining to all the students her plans for the space, to create a training program for adults from 18 - 25, preparing them for the workforce.

“United Methodist Church was down to 10 congregation members and struggling to keep the doors open,” said Collins. “We looked at how we can incorporate what was left of the congregation’s mission to the community and the work we want to do, with the work Rupco is doing.”

The foundation will partner with RUPCO, a housing and community developer, as part of their Phase II of affordable housing in Newburgh. RUPCO partners with the Landbank and Safe Harbors to rehabilitate abandoned properties and put Newburgh residents in those homes to eventually take ownership of the homes.

“We started on a second phase and met Melanie through a committee for the river cities,” said Kevin O’Connor, CEO of RUPCO. “We found they were a marvelous connector group and were plugged into a couple of things going on. We were looking to do another round of housing in the four blocks between Broadway and South Street and wanted to do a community wealth project.”

The sanctuary of the church is a sight for sore eyes, with vaulted ceilings, and massive stain glass windows. This space will be used for community events and weddings, art shows or flea markets. The gym will be converted into a space for smaller local community based events like art showings, or for rent.

The office space attached to the church will be used for BVCF and its partners’ programs, as well as to lease some space to generate revenue. In the side building of the church is a kitchen that will be used for culinary training, and eventually as a means of catering for events held in the space.

“The vision is that young people would be able to train in hospitality at the church and there would be opportunities with local restaurants,” said Collins. “Everything is coming from simple basic customer service skills to high end service in high end restaurants.”

Some potential partners to utilize the space will be Choice Films, with Below the Line Bootcamp. The bootcamp trains anyone from 18 to 25 in the media industry with a direct path to employment, with the company and its affiliates.

Some other partners include Shred, and Coach Ray’s “My Fourmula”. Shred is an organization that brings kids in the area to Windham Mountain to learn to snowboard. If they choose to, they may become certified trainers and find employment in the snowboarding industry. Ray’s “My Fourmula” focuses on meeting people’s physical and emotional needs.

“One of the things we talked about that makes this partnership special is that we are not asking anyone to leave a part of themselves at the door,” said Jules Ridgeway, President of the BVCF Board of Trustees. “We recognize what it takes to be apart of the program itself is they have everyday obstacles. We are talking about ourselves as individuals, meeting our needs as full human beings in addition to the reality that creating economic opportunity and provide tools for individuals to envision what that looks like in their lives is necessary. Our city needs it, we’ve been hearing that from people who are already involved in our program.”

The foundation is also looking at affordable daycare on the property, which includes a playground and a building that may be converted to a daycare.
“We recognized when we were doing Below the Line Bootcamp there were three young people that had small children, in order to go through the program they needed affordable day care,” said Collins. “The plan definitely included some sort of daycare on the property.”

The foundation will manage four square blocks on Liberty Street creating a campus for the community programs to work out of.

RUPCO has submitted the application for funding through the New York State Homes and Commuter Renewal State Agency. If they receive the award in June they hope to start construction by January 1.

BVCF will be the managing partner until they are able to dissolve the partnership and allow BVCF to purchase the church. Collins looks to have a continuation for students coming out of high school, when many services at the Newburgh Armory Unity Center end.

“We would like to target to out of high school to 25 but not singling anyone out either,” said Collins. “We love what is happening at the armory a lot of their programming ends at 14. We would like to partner with them from infant all the way through. We would like to train prepare and employ residents of Newburgh with all the training and the things they need to be successful.” 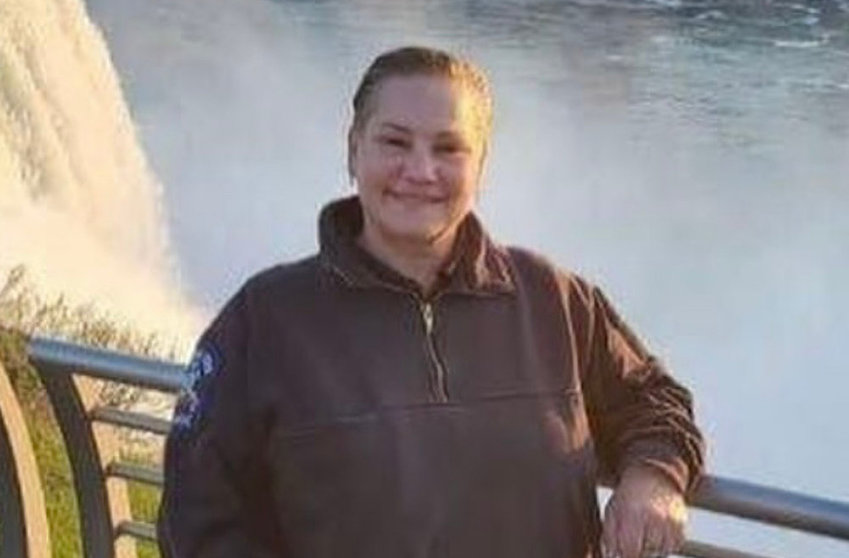 Orange County District Attorney David M. Hoovler announced that on Wednesday, January 25,  that his Office has completed its investigation into the tragic death of an Emergency Medical … 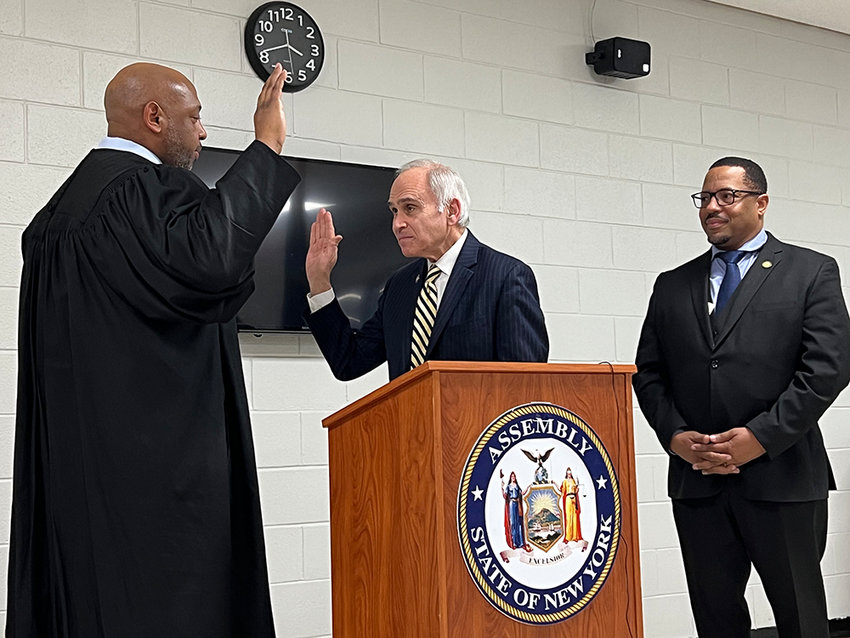 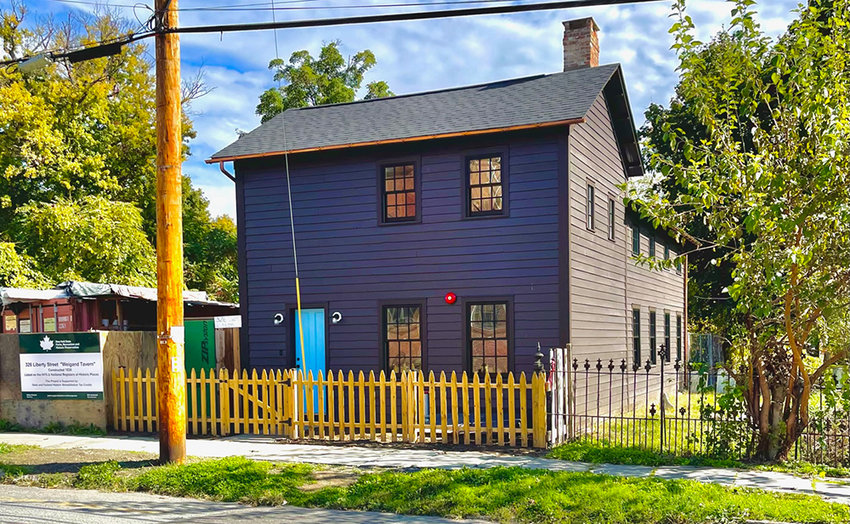 Weigand’s Tavern finds new life in the city
After decades of disrepair and idleness, Weigand’s Tavern at 326 Liberty Street, has been completed and breathes a new, reconstructed life into the City of Newburgh with the hopes of becoming a … 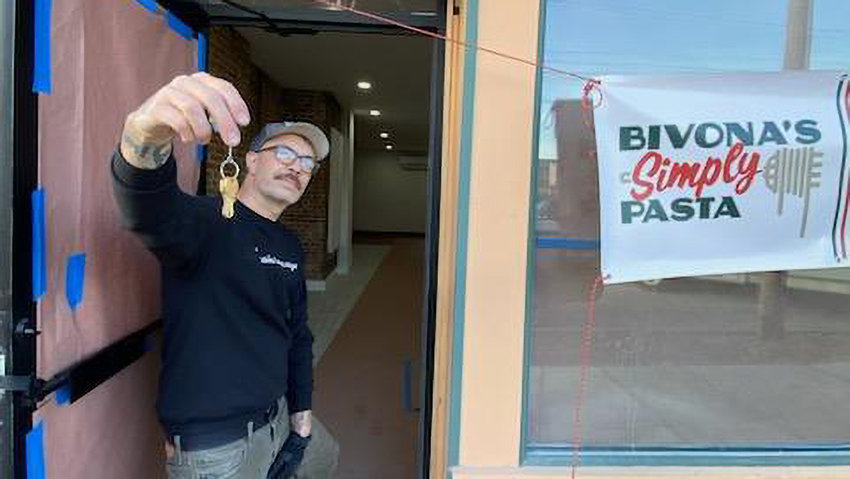 A Passion for Pasta
With the grand opening weeks away, Bivona’s Simply Pasta is ready to bring a passion for pasta back to Newburgh. Situated just steps away from Washington’s Headquarters, Bivona’s …